Hill Centre Towers I & II in downtown Regina, as well as 201 Portage in downtown Winnipeg have been draped in red and white to celebrate Canada 150. All three towers have had large-format vinyl wraps installed on the face of the buildings, proudly commemorating the 150th Anniversary of Canada’s Confederation in 1867.

Harvard Developments Inc. and its Building Partners are proud to be part of the Canada 150 celebration. “As Canadians, we have a rich and inspiring history which we are celebrating throughout our 150th year,” said Paul Hill, President and CEO of Harvard Developments Inc. who, along with his wife Carol, serve as official Canada 150 Ambassadors. “We all appreciate the freedoms and privileges associated with living in the greatest country in the world, and hope these murals serve as a symbol of national pride for all in our community.”

Special launch events were held in each city to officially unveil the murals to the public. Both events experienced a large uptake of support from the general communities, with a wide array of dignitaries, specials guests and community members in attendance. 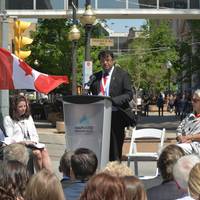 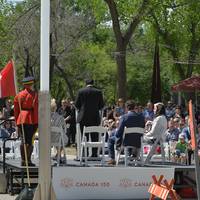 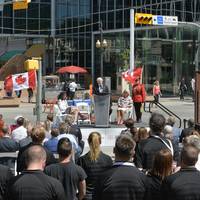 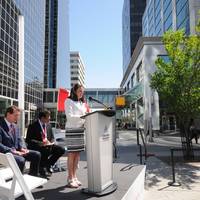 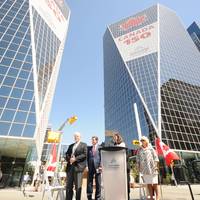